What is the real crisis?
Underlying Aim of the COVID-19 State of Emergency Declaration 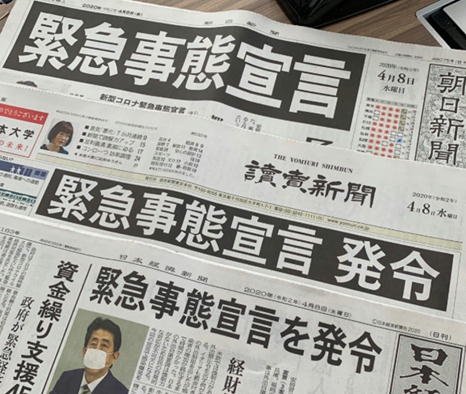 A State of Emergency was declared, by the Abe administration ostensibly “in order to stop medical collapse”. With mostly uncritical supports by the media, many people are inclined to accept it as a “necessary evil” because of the sense of crisis for the rapid spread of the COVID-19 infection and the confused and inept government’s pandemic policies.

But should it be accepted so easily? Was the decision really made for people’s safety as the top priority? Is the State of Emergency what we urgently need now?

Never forget the lesson of history: Government exploits a crisis. Remember it at every critical moment as we face the infectious disease. The Abe administration is evidently trying to take advantage of this crisis to introduce the emergency clause into the constitution and lay the groundwork for revision of Article 9 which would make Japan “a state capable of waging war”. We must be vigilant all the time. We are at the crossroads of history.

Now Japanese workers are in danger. What is needed is immediate pay/income compensation for workers and SMEs who have lost their jobs or their income, NOT the Declaration of the State of Emergency, which deprives us of freedom by exerting iron-fist power.

We cannot overemphasize the impact of the spread of COVID-19 infection especially on 21.5 million non-regular workers. Due to the closure of workplaces and schools, a huge number of workers have already lost their jobs and are struggling to exist from hand to mouth. Abe stated that the government cannot “compensate for lost income” when issuing the State of Emergency Declaration. Almost all the “108 trillion-yen economic package of unprecedented scale” is  exclusively measures to support big companies. “Cash payment to the people” is only a tiny part of it, namely 6 trillion yen. People all over Japan are screaming in agony.

Moreover, the state of emergency deprives workers of even the minimum means to live. When a workplace is closed at urgent request of the government for the safety reason, the company is not obliged to pay even the leave allowance (60% of the wage), because “closure is not on the company’s request.”  We are ordered to obey them and to die. 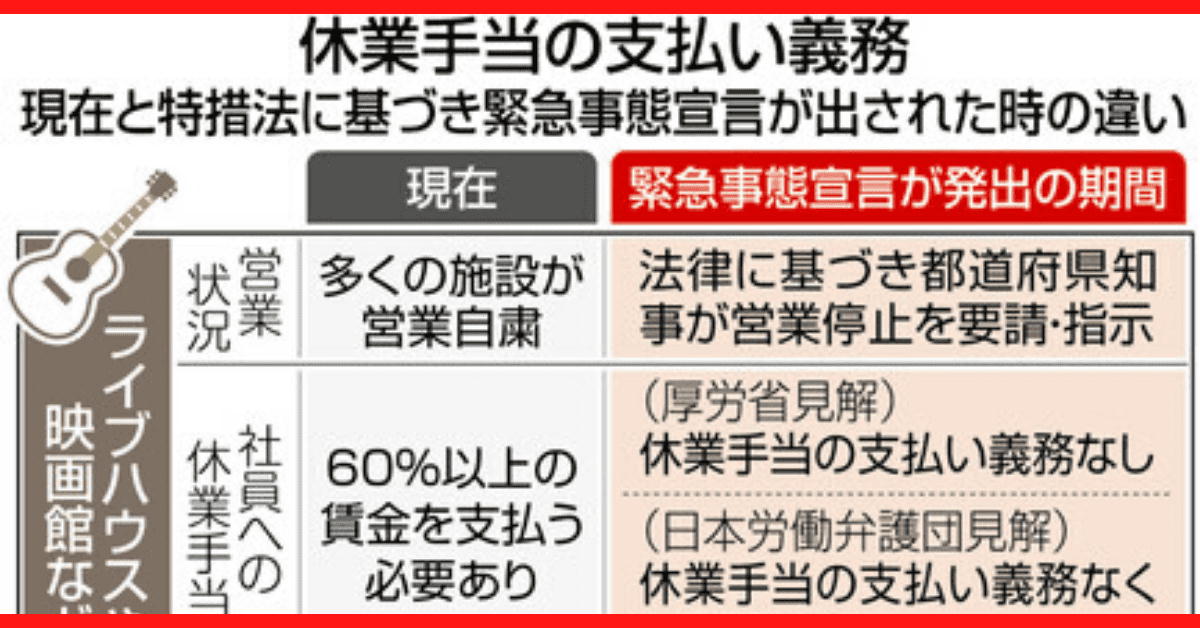 There is an astonishing “fact.” As of the end of March, the number of workers who had been unemployed due to the COVID-19 pandemic was statistically published as only 1,000. Definitely, it cannot be true. In the United States, about 10 million people have applied for unemployment insurance in a month or so—a staggering number of jobs has been destroyed by business shutdowns.

However, in Japan, each worker is forced to struggles in a dark tunnel of “self-responsibility” with the exit not to be seen, a terrible situation different from the United States where the matters could immediately come up to the surface. When fired, there is no clear criterion for which should be applied, unemployment allowance or leave compensation. Innumerable workers live under such ambiguous status. This is the reality of Japan, where job and fundamental rights have been ignored and destroyed under 30 years of neoliberalism. It is nothing but the deep abyss of Japanese society.

The Abe government declared a state of emergency, saying “to prevent collapse of the health care system”. But at the same time, an incredible thing is going on. Abe ordered on March 4, in the midst of mounting COVID-19 crisis, to reorganize or, to say precisely, to close 424 public hospitals throughout Japan and to reduce 20 thousand beds until 2025. For this purpose, more than 20 billion yen was allotted in 2020 budget.

In line with this, Tokyo Gov. Yuriko Koike has also decided to privatize 14 Tokyo metropolitan hospitals and to change their status into independent corporations. These measures are totally contrary to what is urgently required now in such a critical situation. A few cardinal health service facilities that have been engaged in important works to deal with disasters and infectious diseases are going to be destroyed. This is the real character of the Abe government. What is now needed is not the State of Emergency Declaration but the rebuild of medical and healthcare system in danger of existence.

The Real Nature of Neoliberalism—What is happening at the medical sites?

There used to be 9,700 beds secured for infectious diseases throughout Japan. Healthcare centers were situated at 825 places. But the neoliberal policies have fundamentally reorganized or dismantled the medical system. Now the number of hospital beds for infectious diseases dropped drastically to 1,700. The number of healthcare centers were halved to 472 places. The Hospitals were forced to give top priority to profit in medical treatment.

Consequently, hospitals were exposed to the merciless competition principle and 20 % of them were closed down.

It is not just about the number of hospitals. The core issue is that the medical system in Japan has been transformed into an organ specialized for the pursuit of “profit”. Now the most hospitals do not have any room to accept infectious patients or equipment to do PCR tests. 30-year neoliberal policies, not the COVID-19, have brought about the medical collapse. The outbreak of COVID-19 occurred in the destroyed society with hospitals not for health care but geared up to compete in the market mechanism.

The neoliberal policies have privatized all foundations for our lives—jobs, medical system, social security system, etc. The 99% of people have been deprived of very base of their livelihood for the profit of only 1%. One could wonder what will happen to us in such a brutal situation if an outbreak of infectious disease or a destructive disaster occurs? And this has become a reality. We are living in a destroyed society as if we are walking on a tight rope. If something evil does happen, we will fall into an abyss. The pandemic of COVID-19 has mercilessly revealed this harsh reality. It is said that the COVID-19 is an unprecedented crisis in human history. But the real crisis is NOT the COVID-19, but the neoliberal policies that created a society in which our right to live is treated as lightly as a feather.

Currently, the prices of stocks, real estate and oil are falling drastically. The media reports, “The COVID-19 recession could be far worse than 2008 Lehman shock.” But the pandemic crisis is not a trigger for the economic crisis. Already the bubble economy has extraordinarily distended due to the unusual monetary easing, the stock price-keeping operation by means of pension fund and so on. For many years, the economic warfare with China-US trade war on top has crossed the line and further intensifying. The prospect for the economic growth has been lost and major economic powers have been desperately rushing into violent scramble over market and sphere of influence. That is why the US openly refers to the strategic competition “among Great Powers” and first use of nuclear weapons against even “non-nulcear strategic attack” and Abe hastens the drive to revise the Constitution with an aim of making Japan a country capable of waging war.

In this critical situation, the people of the whole world has started the struggle for survival. In Italy, in an extremely grave pandemic situation, the workers are waging strikes everywhere to defend their health and lives. In the United States, the workers who lost their jobs by COVID-19 are standing up for strikes all through the country.

Also in Japan, fierce anger is boiling up and has begun to erupt into struggle in various workplaces. In medical care, transport, municipal services, postal service, schools and day care centers, convenience stores and supermarkets and many other branches, workers and their unions are struggling between their livelihood and imminent threat of virus infection, and between pride for their “essential” labor and the danger in workplace. Thus they have been waging strikes and job actions and winning concrete safety measures in many workplaces.

Let’s fight together and change the society!